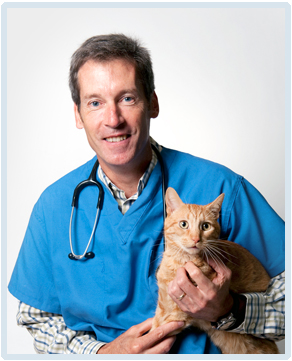 Dr. David McKenna is the owner of the Animal Hospital of West Lake Forest. A general practitioner, Dr. McKenna has cared for pets here since 1996. He has always loved animals and finds veterinary medicine to be a rewarding way to work with pets and explore his interest in medicine. Dr. McKenna particularly enjoys interacting with clients and their pets and enjoys the unique veterinary medical cases he sees each day.
A native of New Paltz, NY, Dr. McKenna attended Union College as an undergraduate and received his Bachelor's Degree in Chemistry in 1984. He also received a second Bachelor's Degree in Veterinary Medicine in 1991. Dr. McKenna continued his education at the University of Illinois College of Veterinary Medicine and was awarded his Doctorate of Veterinary Medicine in 1993.
Dr. McKenna has a number of interests related to veterinary medicine and particularly enjoys perfecting his skills in soft tissue surgery. Veterinary endocrinology is another professional interest. Dr. McKenna is a member of many professional veterinary organizations, including the Illinois State Veterinary Medical Association and the Chicago Veterinary Medical Association.
Dr. McKenna's four-legged companions include a dog named Sienna and two cats, Coal and Henry, all of whom eagerly greet him when he comes home each day. He enjoys playing tennis, biking, and going to the beach when he's not busy with his duties at the hospital. 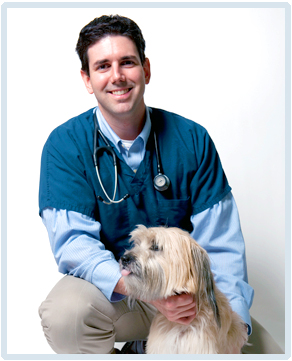 Hospital co-owner and general practitioner Dr. Brian DiFuccia has cared for pets at the Animal Hospital of West Lake Forest since 2007. Dr. DiFuccia has always been interested in science, but it wasn't until he worked with another veterinarian and saw the care and compassion he brought to clients and pets that Dr. DiFuccia pursued a career in veterinary medicine.
Dr. DiFuccia was born in New York and lived in 10 different cities before coming to Wisconsin. He attended the University of Wisconsin, Madison and received his Bachelor's Degree in Zoology in 1997. Following his undergraduate studies, he continued his education at the University of Wisconsin School of Veterinary Medicine and was awarded his Doctorate of Veterinary Medicine in 2003.
An active member of the Illinois State Veterinary Medical Association, Dr. DiFuccia enjoys all aspects of veterinary medicine. Internal medicine and surgery are two of the professional fields he enjoys the most.
Dr. DiFuccia is married to Julie, who is also a veterinarian. Their family includes two sons and a daughter, as well as two dogs, Toby and Oscar. Dr. DiFuccia enjoys the outdoors, travelling, woodworking, and spending time with his family. 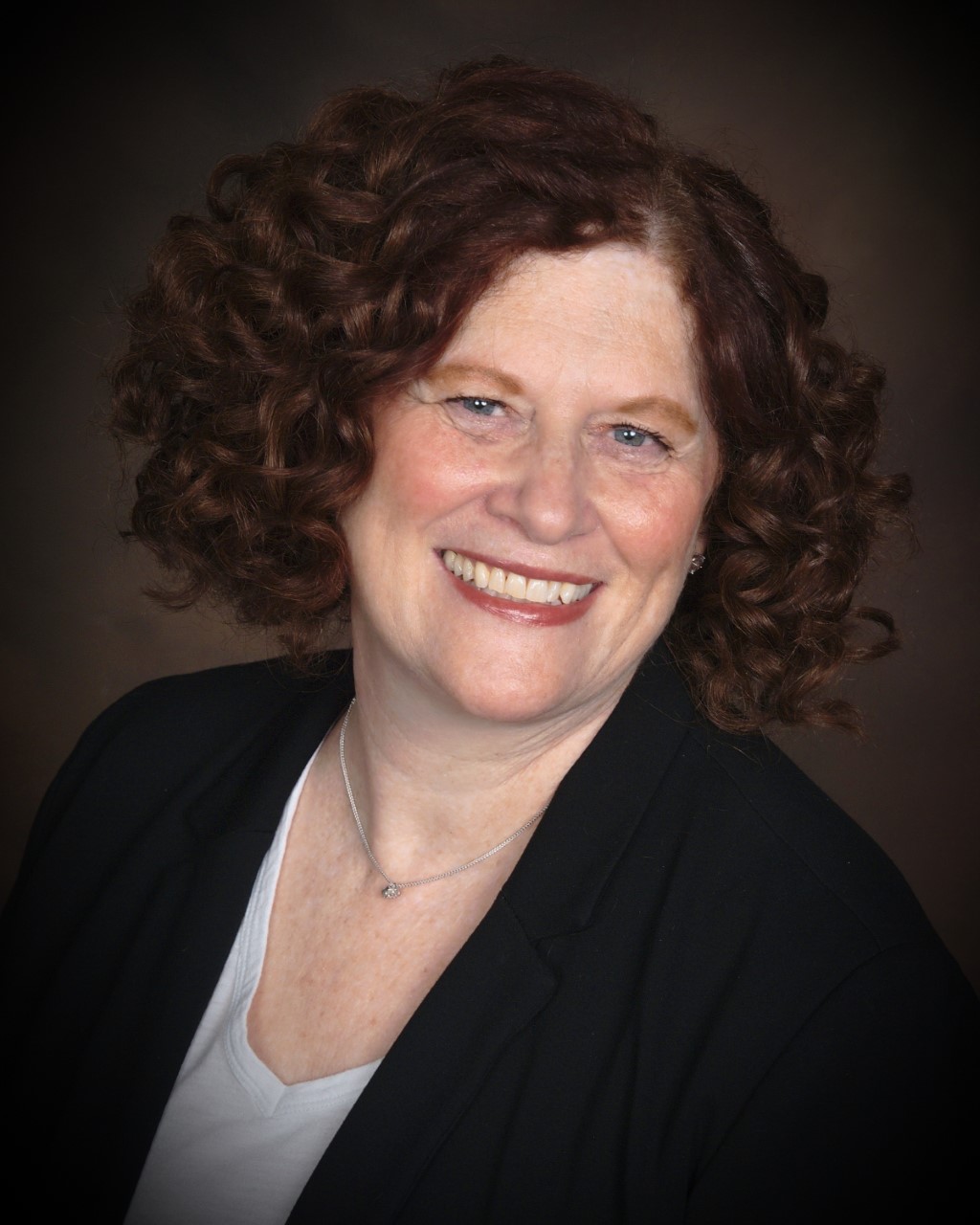 Lisa Hirschfield, DVM
Associate veterinarian, Dr. Hirschfield has been taking care of pets at The Animal Hospital of West Lake Forest since March of 2014. Dr. Hirschfield has always loved animals having grown up in a household filled with dogs and cats as well as being a competitive horseback rider in high school. She decided early on that veterinary medicine was the best career choice for her.
Dr. Hirschfield was born in Texas but considers herself a "Jersey Girl" having been raised in the Garden State. She attended the University of Illinois at Urbana-Champaign where she received her Bachelor Degree in Biology in 1982. Dr. Hirschfield continued her studies at the University of Illinois where she received her Doctorate in Veterinary Medicine degree in 1987.
An active member of the American Veterinary Medicine Association, Dr. Hirschfield greatly enjoys the practice of all aspects veterinary medicine but especially enjoys challenging internal medicine cases.  She loves to work in the Lake Forest/Lake Bluff area where her clients love their pets and do all they can to keep them happy and healthy.
Dr. Hirschfield has two children; Suzanne, who graduated from Brown University in 2018 and lives in Washington D.C. and Matthew, who attends the University of Rochester. She also shares her home with her rambunctious 1 year old cat Joey. Dr. Hirschfield is an avid sports fan who loves to root on her beloved Fighting Illini. 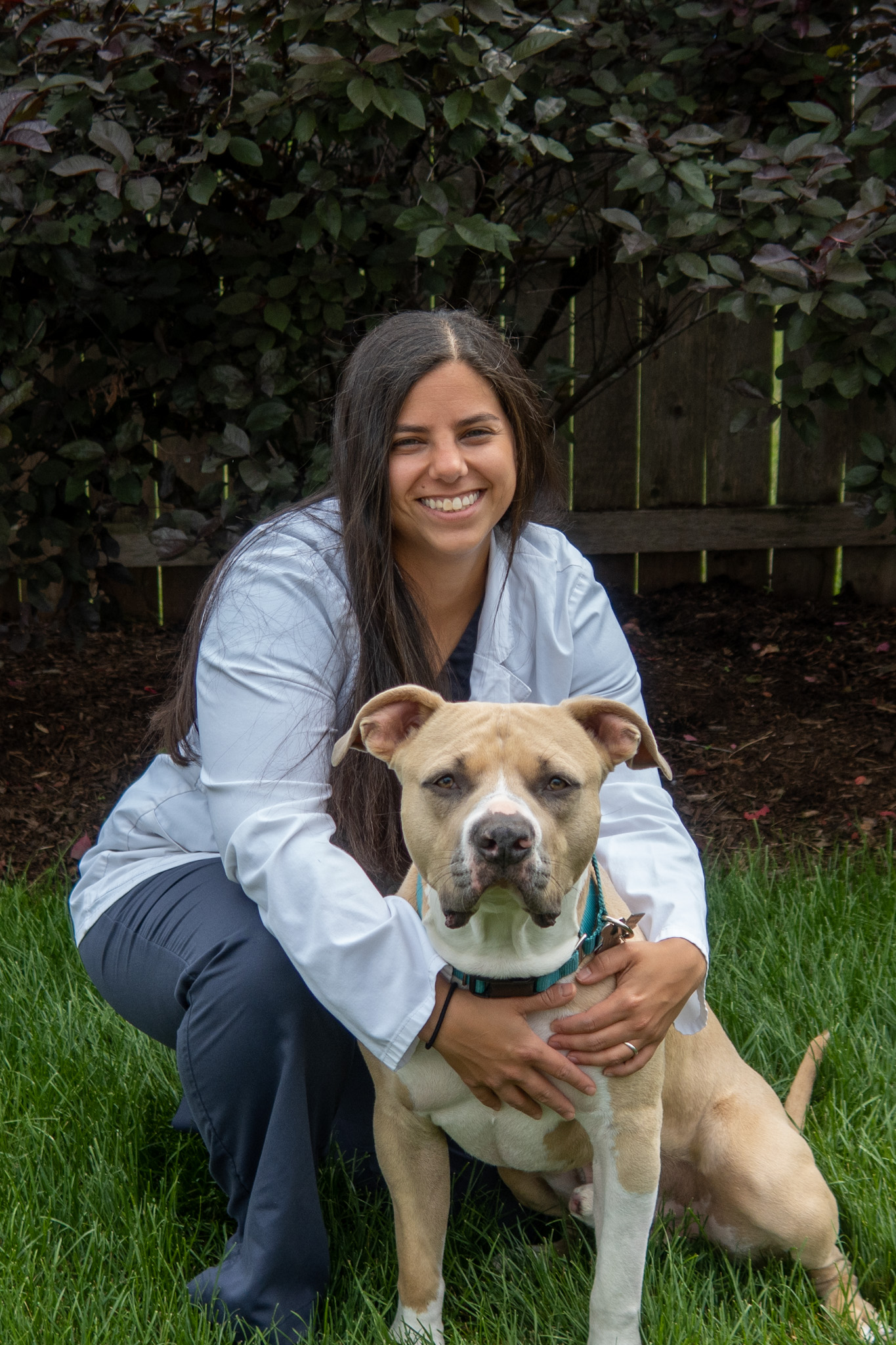 Dr. Sheena Dadkhah received her Bachelor of Science in Animal Science/Pre-Vet with a minor in Chemistry from the University of Illinois. She stayed at the University to earn her Doctorate of Veterinary Medicine in 2012. ILL-INI! Dr. Dadkhah joined the team at Animal Hospital of West Lake Forest in December 2021.

She was named after the movie “Sheena Queen of the Jungle” and ever since she was little wanted to follow her namesake to save animals.

She enjoys traveling, horseback riding, hiking, and spending time with family and friends. Her and her spouse have two rescue dogs, Gus Gus, a dachshund, and Horton, a Pitbull.